We are a 100% black owned law firm with a collective knowledge and experience of 20 years in various fields of law including public interest law, civil litigation and family law.

We pride ourselves in providing sound legal advice and practical legal solutions to clients within our areas of specialisation. Being a small firm enables us to give each of our clients individualised attention.

To position ourselves as a technologically innovative legal service provider, providing services which contribute to the development of the legal profession and which serve to ensure an efficient access to justice.

Our mission is to provide practical legal solutions and expert representation to all our clients while incorporating a multi-disciplinary approach to legal service delivery.

Our client-partnership approach enables us to provide quality legal services addressing the current and future needs of our clients.

Zanele Mbuyisa is currently the in-house counsel for PPLAAF, the platform seeking to defend whistleblowers, as well as strategically litigate and advocate on their behalf where their disclosures speak to the public interest of African citizens. 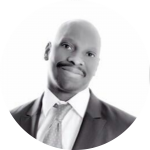 As part of our ongoing efforts of building a credible institution, MBM Law has a long standing relationship with Motswasele Mogotsi, an attorney with right of appearance in the High Court. Motswasele specialises in various types of tax laws including Income Tax, Value Added Tax as well as Customs and Excise Tax Law. Motswasele has thus far, collaborated with MBM Law successfully.

Uber drivers in other parts of the world now have employment rights like paid holiday after Uber was beaten in court.  Uber won’t pay South African drivers unless we take them to court. Drivers may be entitled to paid holiday and unpaid overtime.

The UK law firm Leigh Day, who won the legal fight against ride sharing app Uber in the UK are bringing their expertise to a similar court case against Uber in South Africa and it may have to compensate drivers here.

The case will be on behalf of drivers wanting to be recognised as employees, rather than as independent contractors. Leigh Day are assisting SA based law firm Mbuyisa Moleele attorneys, who will be launching a similar class action in SA and have asked local Uber drivers to join the suit.

Join the legal case to force Uber to grant South African drivers these benefits by contacting the attorneys below.

A legal class action case has been issued against Anglo American South Africa Ltd on behalf of Zambian communities living in the vicinity of the Kabwe lead mine who are suffering from lead poisoning.

Kabwe was the world’s largest lead mine and operated from around 1915 until its closure in 1994. From 1925 to 1974, its most productive period, the mine was owned and operated and/or managed by Anglo American South Africa Ltd.